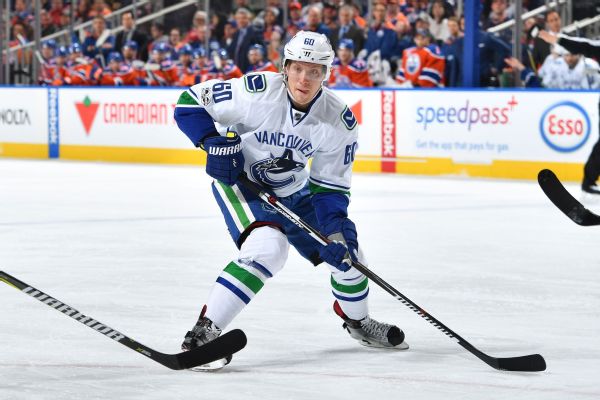 The Minnesota Wild and Vancouver Canucks are two teams that can beat anyone on any give night. Neither would have made the playoffs when the season was halted, but now have new life with the NHL Playoffs expanding to 24 teams. The Canucks will face the Wild in a best-of-5 series likely at some point in late July. Vancouver is -130 on the Bovada NHL odds board with Minnesota at +110. The Wild won two of three regular-season meetings including a 4-3 shootout win on Feb. 19 in Vancouver.

The Wild would have finished one spot out of the second Wild-Card spot in the Western Conference under the regular format. Coach Bruce Boudreau was fired in mid-February and replaced by Dean Evason, who went 8-4 in his 12 games. The Wild historically have had zero offense to go along with stingy defense and goaltending. Well, this is a new kind of Minnesota team that ranks 12th in scoring (3.16 gpg) and 23rd in allowing 3.14 goals per contest. Kevin Fiala leads the team with 54 points, while Zach Parise is first with 25 goals. Netminder Devan Dubnyk (3.35 GAA) is not having a very good season and essentially had lost his grip on the No. 1 role to Alex Stalock, who has a 2.67 GAA.

The Canucks will be in the postseason for the first time since 2015 and will be seeking their first series victory since reaching the Stanley Cup Finals in 2011. They were tied for the final Western Conference Wild-Card spot with Nashville but would have lost a tiebreaker with the Predators. Because of the new seeding where the NHL takes winning percentage into account, the Canucks end up the No. 7 seed. Vancouver is eighth in the NHL in scoring at 3.25 goals per game and 11th on the defensive end (3.10). Goalie Jacob Markstrom comes in with a solid 2.75 GAA and .918 save percentage. JT Miller leads Vancouver with 27 goals and 72 points, while Tyler Toffoli had six goals and 10 points in 10 games with the Canucks after he was acquired in trade from the Los Angeles Kings.

The Wild’s defense is too inconsistent to stop a solid club like Vancouver. Toffoli’s playoff experience will help this young Canucks team surprise a few teams this postseason. Take Vancouver at -130 to win the series.

This site is for entertainment purposes only. LineandOdds.com does not accept bets nor place bets for it's readers. Online gambling may be illegal in your jurisdiction. It is highly recommended that you check with your local or state government before partaking in online gambling. If you have a problem with gambling and need help, call the NCPG hotline at 800-522-4700.
Contact us: webmaster@ultimatecapper.com
© Linesandodds.com